A map of Engan Bus routes 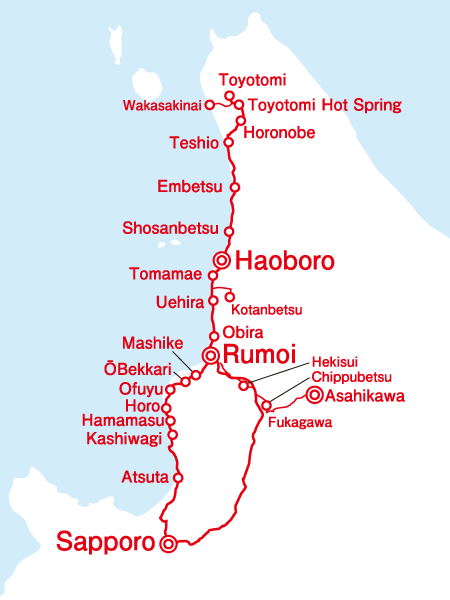 This bus route connects the Rumoi Area with nearby city centers. Buses run from Sapporo to Rumoi on the expressways, but there are also buses which run on the seaside from Mashike to Haboro. The longest bus route, the Express Haboro, makes the trip from Sapporo to Toyotomi in about 5 hours. 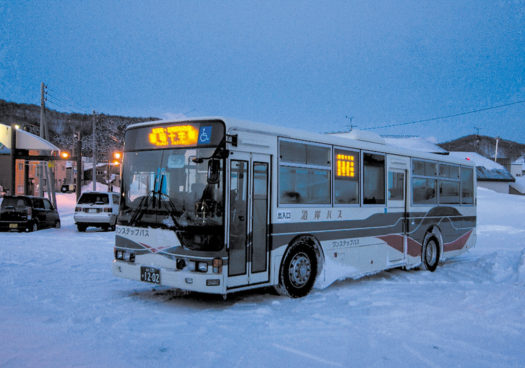 The buses, which serve Rumoi city and the routes extending from Rumoi, are designed with distinctive blue and red stripes. 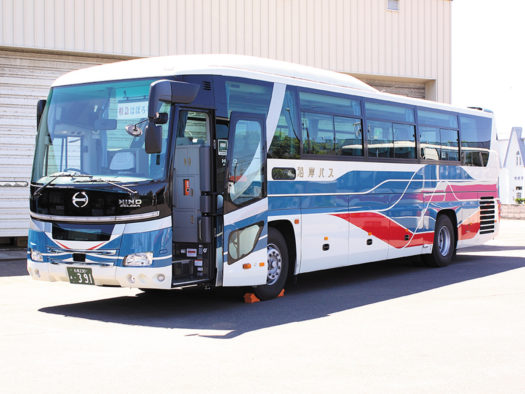 These are large motor coach buses, which service the Rumoi/Asahikawa route and the Haboro Express route. They have the same blue and red stripes as the Rumoi city buses. 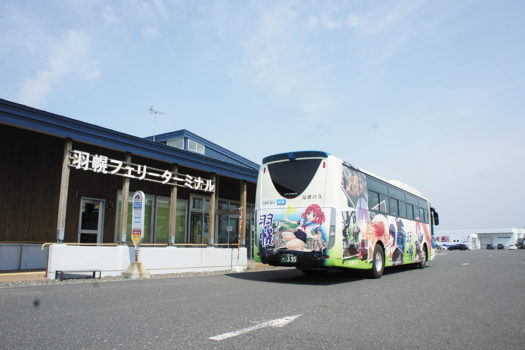 This bus has service between the Teuri/Yagishiri Ferry Terminal and the Haboro Main Bus Terminal. This bus is also decorated with images of the character Raina Kannonzaki.