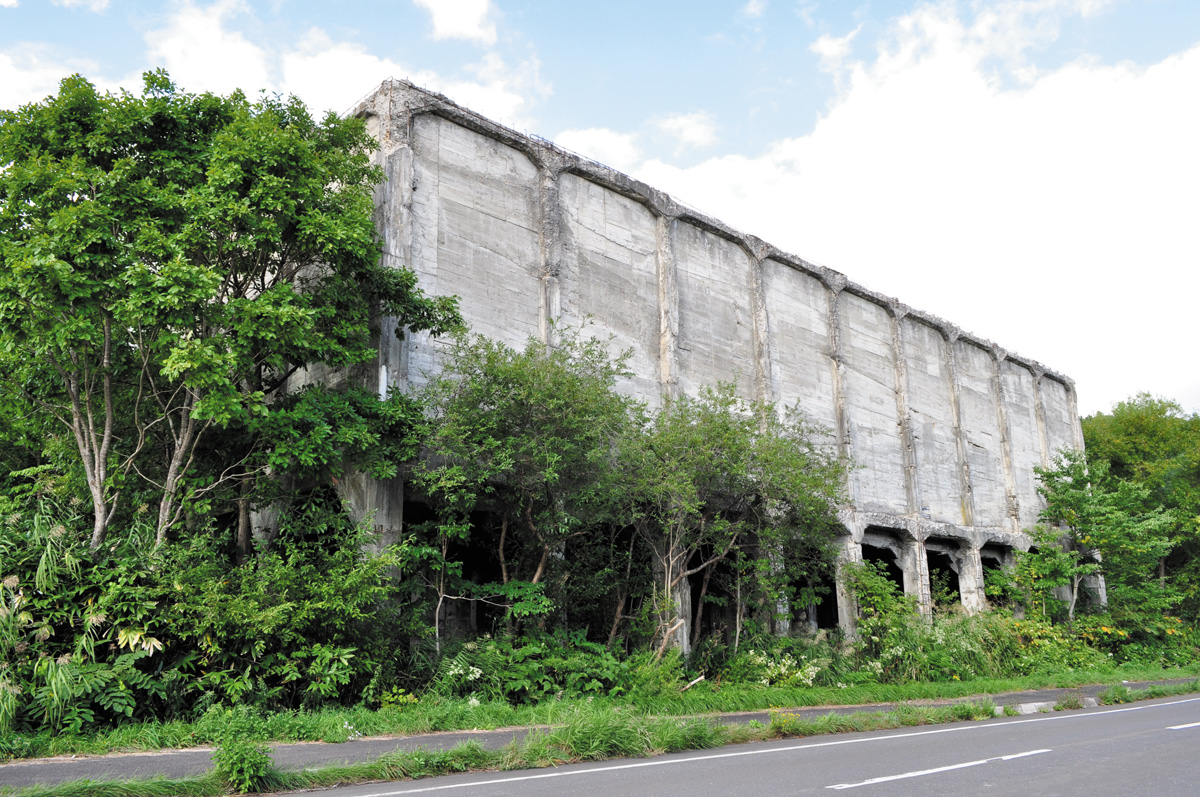 The remains of a huge concrete hopper along the side of the highway.
The size of this hopper stands witness to the scale of operations at the Haboro mine.

Hokkaido Colliery and Shipping Company Co.Ltd. (Hokutan) opened the Tappu coal mine in 1938 in order to obtain raw material for production of synthetic pretroleum. The Rumoi/Tappu Colliery railroad was opened at the same time. Teshio Colliery and Railroad Co.Ltd. took over the mine and railroad but the mine closed in 1967. The concrete coal hopper can still be seen along the side of the road on Hokkaido Route 126. Transportation enterprise was continued under Teshio Railway Bus (Tentetsu) after the mine and railroad were closed. 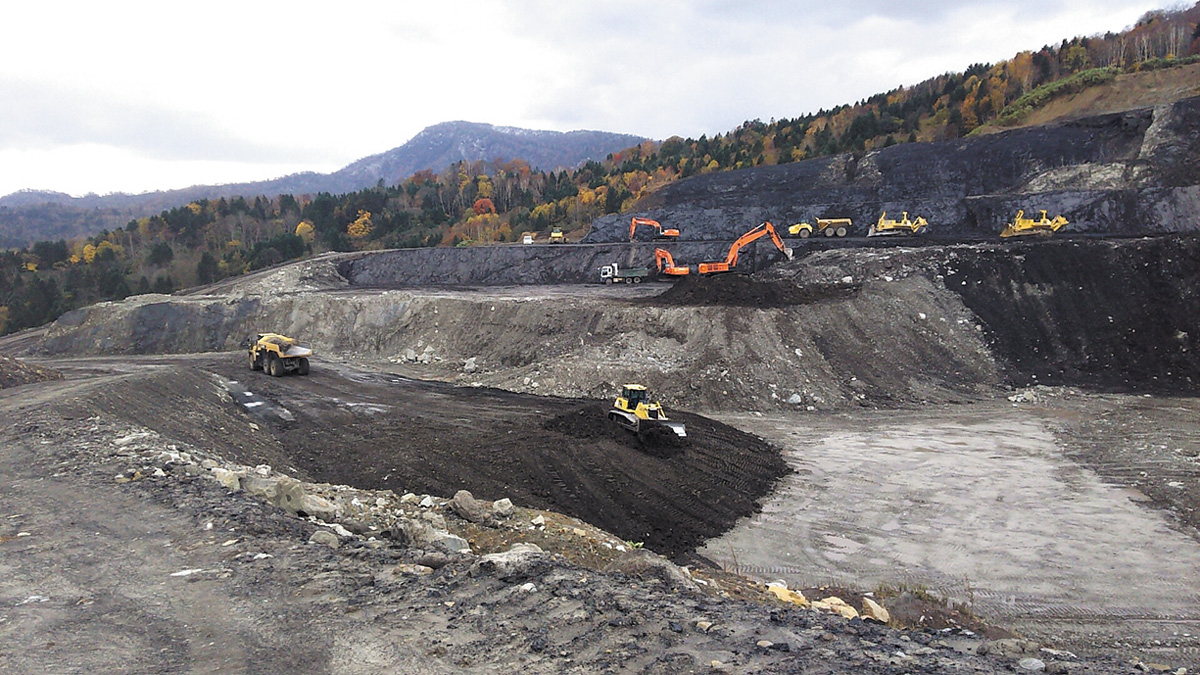 The only active mine in Rumoi sub-prefecture

Yoshizumi mine is located next to Route 867, which runs from Obira to Numata. This strip mine is the only active mine in Rumoi sub-prefecture. Strip mining is a process in which the coal bed is mined from the surface area over a formerly active pit mine. Yoshizumi mine is one of a number of active strip mines, most of which are located in the Sorachi region of Hokkaido. The coal they produce is used at thermal electric power stations. The Yoshizumi mine is carrying on the coal legacy of Rumoi, but be aware that all mines are restricted areas and entrance is prohibited.
Location/Obira Tappu