Mashike Sandou, a rugged mountain road, was built as a national highway in the late Edo era. Although it was highly praised as “the best workmanship in Ezo-chi” by Takeshiro Matsuura, Mashike Sandou had become obsolete and unknown for more than 150 years. Recently Mashike Sandou has been restored as a historically significant trail.

The Process of Completion

Mashike Sandou was a rugged mountain road laid through a cut in the steep mountains from Betsukari of Mashike Town to Hamamasukuhoro of Ishikari City at the end of Edo era. The length was about 37km. As people from Honshu began to migrate to Ezo-chi in Edo era, roads were built to connect fishing grounds scattered across the wide, open land of Ezo-chi. Concurrently the Edo Shogunate, in the face of Russia’s southward expansion, needed to build a road from Sapporo to Mashike in order to transport defensive troops to the northern territory. Since the shoreline between Mashike and Ofuyu was totally inaccessible because of the many precipices, it was necessary to make a detour across the steep mountains.

Start and Completion of Construction

In May of 1857, Rinemon Date, a merchant who oversaw a fishing ground between Mashike and Hamamasu, was given an order by the Edo shogunate to build Mashike Sandou. At his own expense, Rinemon organized workers into two teams and started to build the road from both ends, Mashike and Hamamasu, at almost the same time. It took less than 2 months to complete the construction. Rinemon recruited a group of 35 experts from Hanawa in the southern region, who were experienced in cutting roads through steep mountains. Rinemon also employed young single people who became available as local laborers after the fishing season for herring ended. It cost 1,310 ryo, equivalent to about 100 million yen, or 1.703 million dollars at the present rate.

From Completion to Deterioration

Takeshiro Matsuura, by whom the name “Hokkaido” was coined, walked through Mashike Sandou soon after the road was open to traffic. He praised Mashike Sandou as “the best workmanship in Ezo-chi”, and recommended addition of accommodations along the road. Then, a building called the Buyoshi Ekitei was built by the roadside 9.5 km away from Bekkari. Ekitei was the place where mailmen from both Mashike and Hamamasu exchanged mails and parcels. It was also used as accommodation for travelers. Later, without any further development and maintenance, Mashike Sandou deteriorated, and Buyoshi Ekitei was closed in 1941. However, the road itself was used until 1945. A ferry boat between Mashike and Ofuyu was the major means of transportation until 1981 when Japan National Route 231 was opened to connect Sapporo and Rumoi.

In 2011, the Mashike Sandou Society, a nonprofit organization, rediscovered Mashike Sandou which had become covered with trees and weeds over the years. It took two years of dedicated surveying and measurement for the society to identify the route. Preservation activities such as bamboo grass mowing have begun since then. At this time, the section of 27 kilometers from Betsukari of Mashike Town to Hamamasukuhoro of Ishikari City has been restored. The site of Buyoshi Ekitei, telegraph poles, first-class benchmarks, and other significant tangible heritage still remains along the route. As of 2016, Mashike Sandou has not yet been opened for public; however, steady preservation activities still continue. 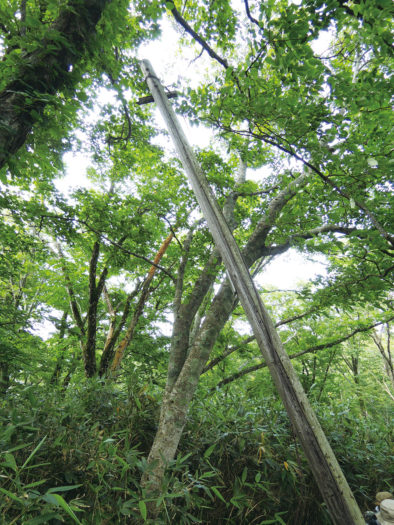 Some power poles from those days still remain on the roadsides. Many of them have become quite dilapidated, but the pole shown in the picture is in better shape than the others. 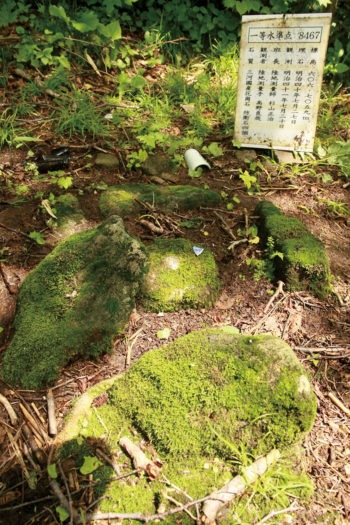 The first-class benchmarks 8467 (right) and 8468 (left) which were placed in 1907. The length of each benchmark, including the part buried in the ground, is over 1 meter. The benchmarks are made of granite from Mikawa (present-day, Aichi Prefecture). The weight is 139 kilograms each. It is astonishing how these benchmarks were transported and placed more than 100 years ago. 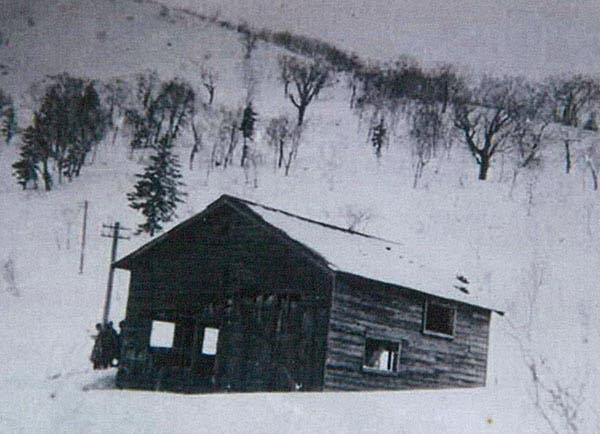 The mountaineering club of Hokkaido University visited this site 8 years after Buyoshi Ekitei was closed.