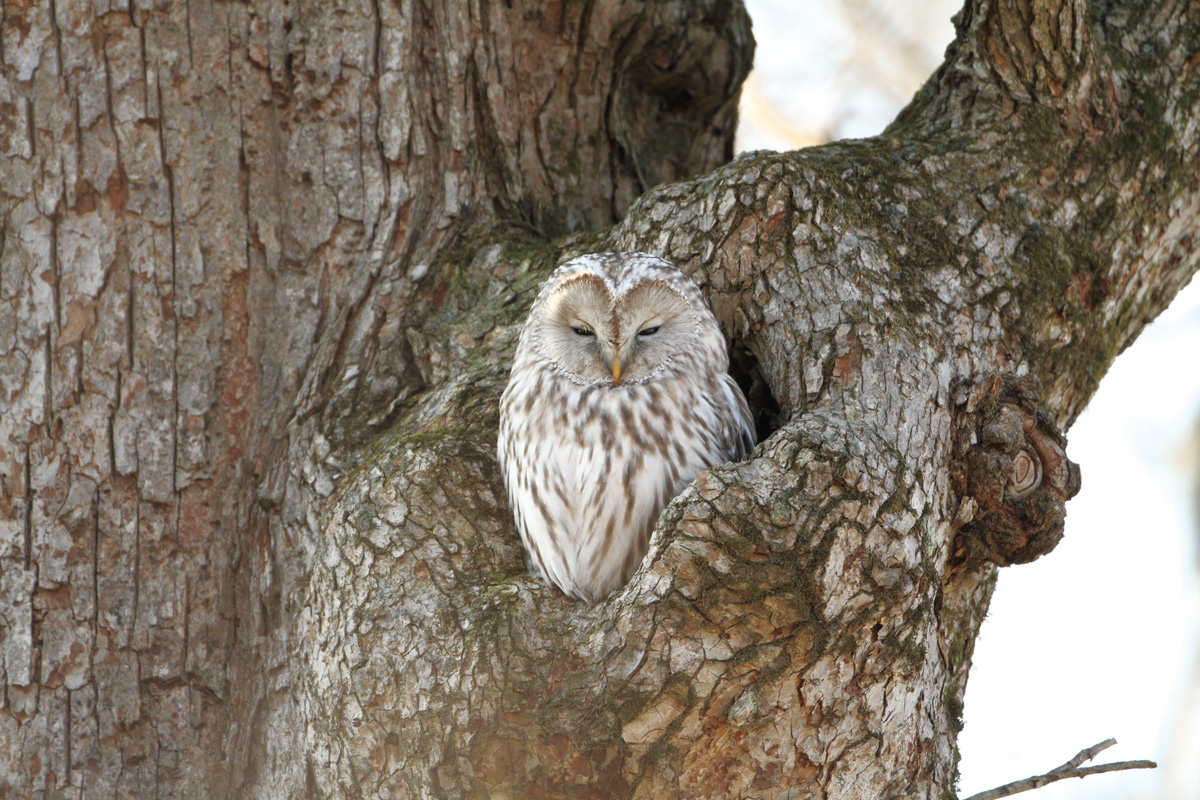 The owl is often described as the philosopher of the forest. The sight of their grayish-white form sitting motionless on a tree branch is nothing but cute! It is not rare to see them in woods near people’s homes. You may be able to see one if you in the lower branches of large trees. Owls are resident birds. 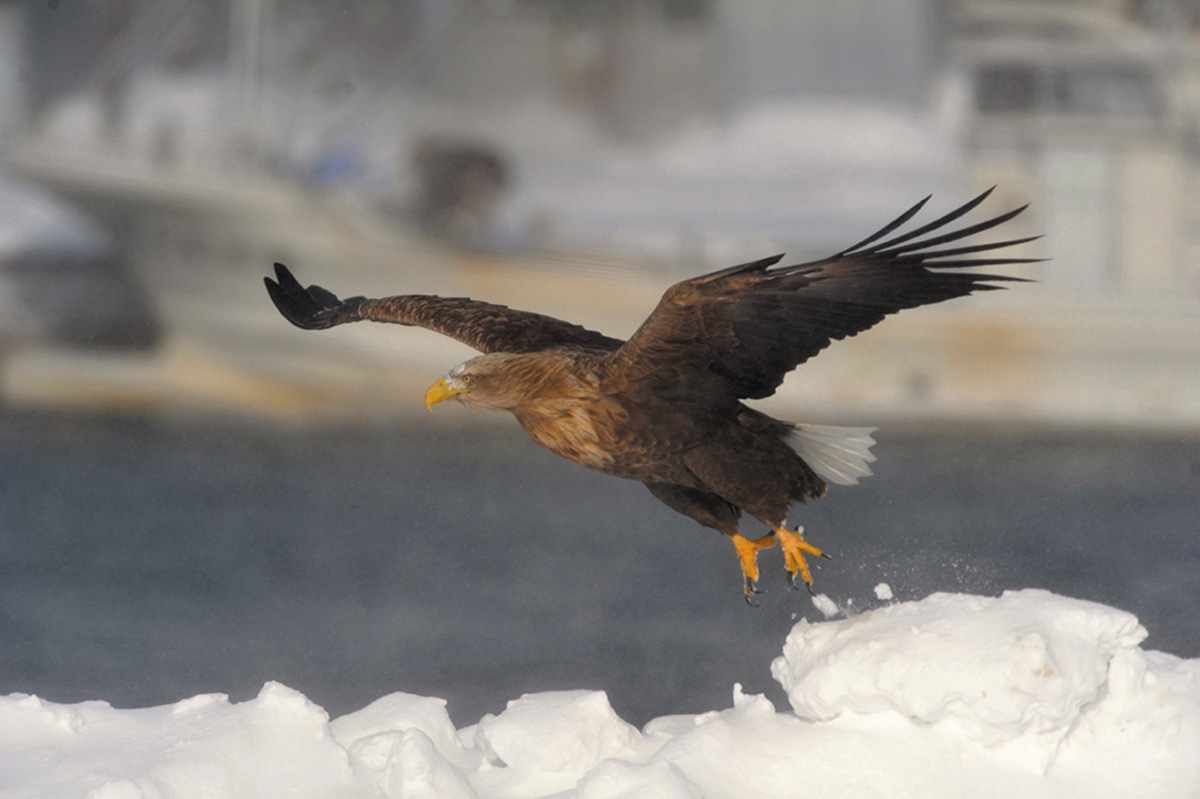 Sea eagles are large birds which migrate here from the north. However, there are a few which stay on in Hokkaido as resident birds. Their bodies are brown but as their name implies, their tails are white. They feed on fish in coastal areas and river banks and so can be observed in these areas. It is also not rare for them to eat carrion such as dead deer and seals. They are most commonly seen near the Enbetsu river mouth. They are winter birds. 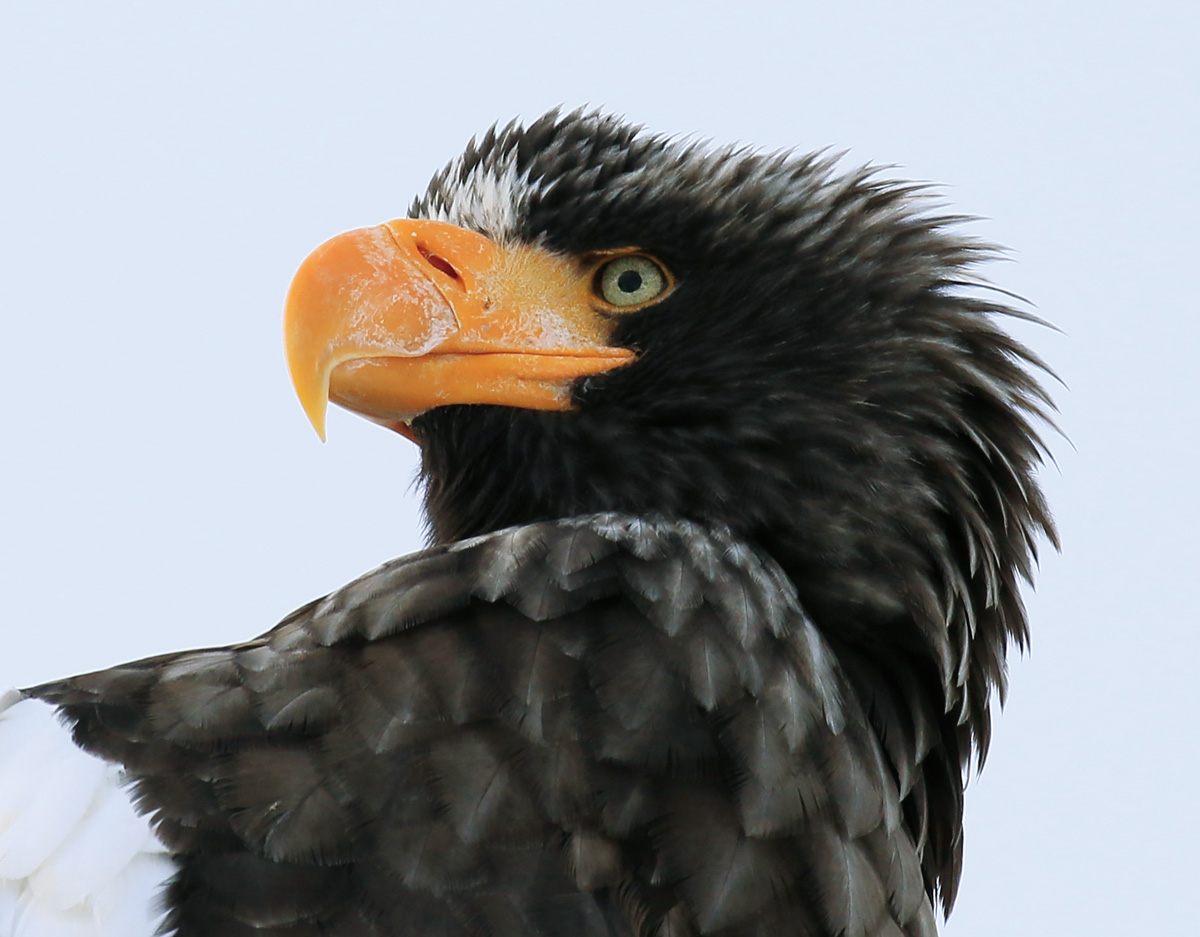 These birds migrate from Russia to winter in Hokkaido. They are large eagles whose size is distinctive even from a distance. They are seen on the coast and river banks, especially around the Enbetsu river. Their bodies are black with white wing-tips, breasts and tails and their beaks are large and yellow. Their piercing gaze is undoubtedly majestic. They are winter birds. 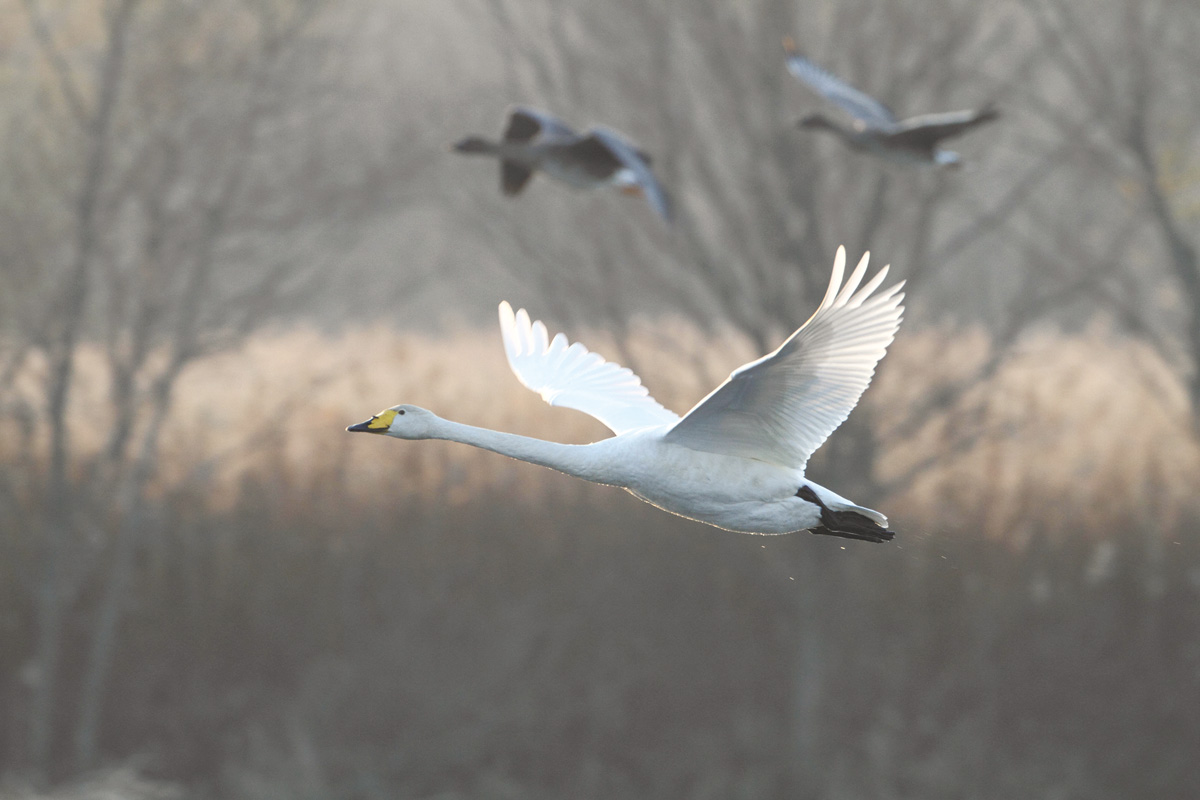 These birds flock to standing water and downriver areas in winter. They are especially commonly seen at the mouth of the Kotanbetsu river in Tomamae.
They are large, elegant birds and their surprisingly high “Awoa-Awoa” as they call to each other is unforgettable. They are winter birds. 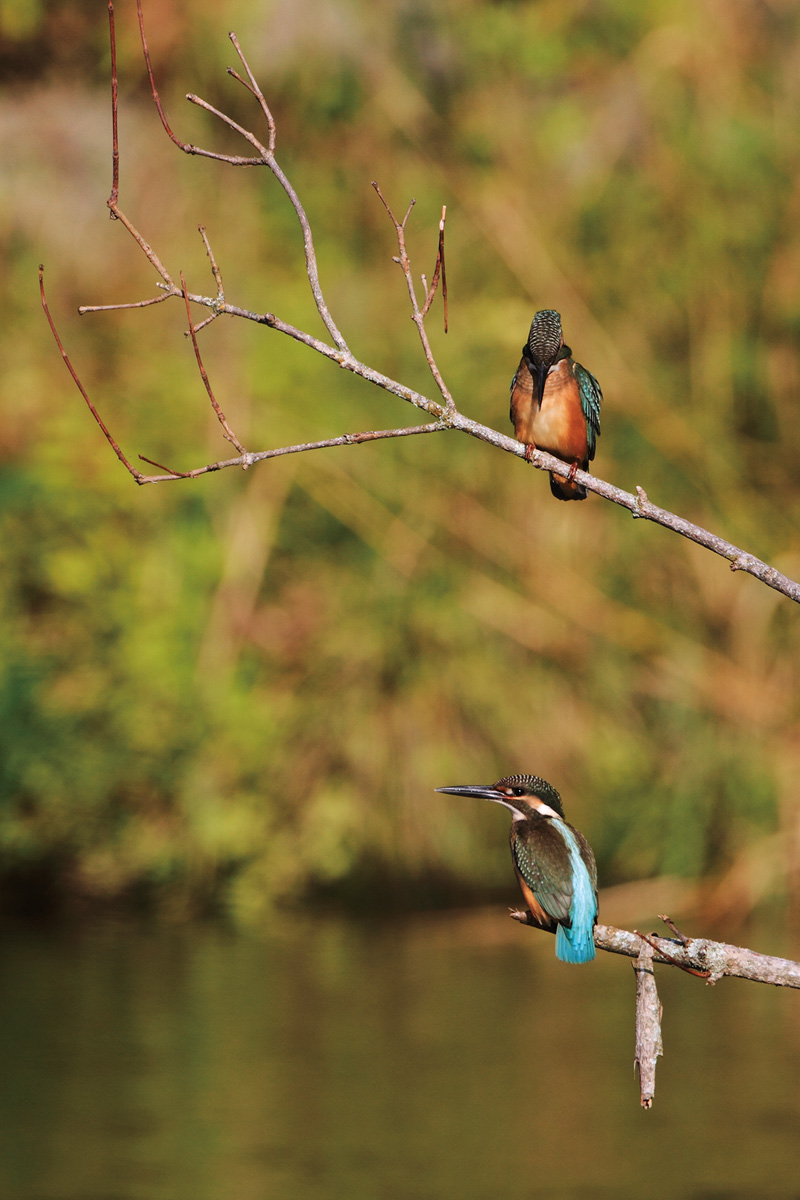 From the end of spring to the middle of summer jade-colored streaks flash along the riverbanks. That is the kingfisher. They snatch trout and minnow with meteor-like speed. Once you see them, you can never forget their beauty. They are summer birds.