The Bounty of Nishi-Ezo Seafood

Musashi-tai is the most productive fishing ground in the northern part of the Sea of Japan. Musashi-tai is a seamount which stretches from Shirijima Island to offshore Tomamae. Deep-water shrimp is the most common seafood caught there. About 70 percent of the national deep-water shrimp harvest is caught in this area and brought in to the ports of Hokkaido. The ports of Haboro and Mashike have the largest catch of deep-water shrimp among those ports. Haboro and Mashike are also well known for cod and Atka mackerel fisheries. 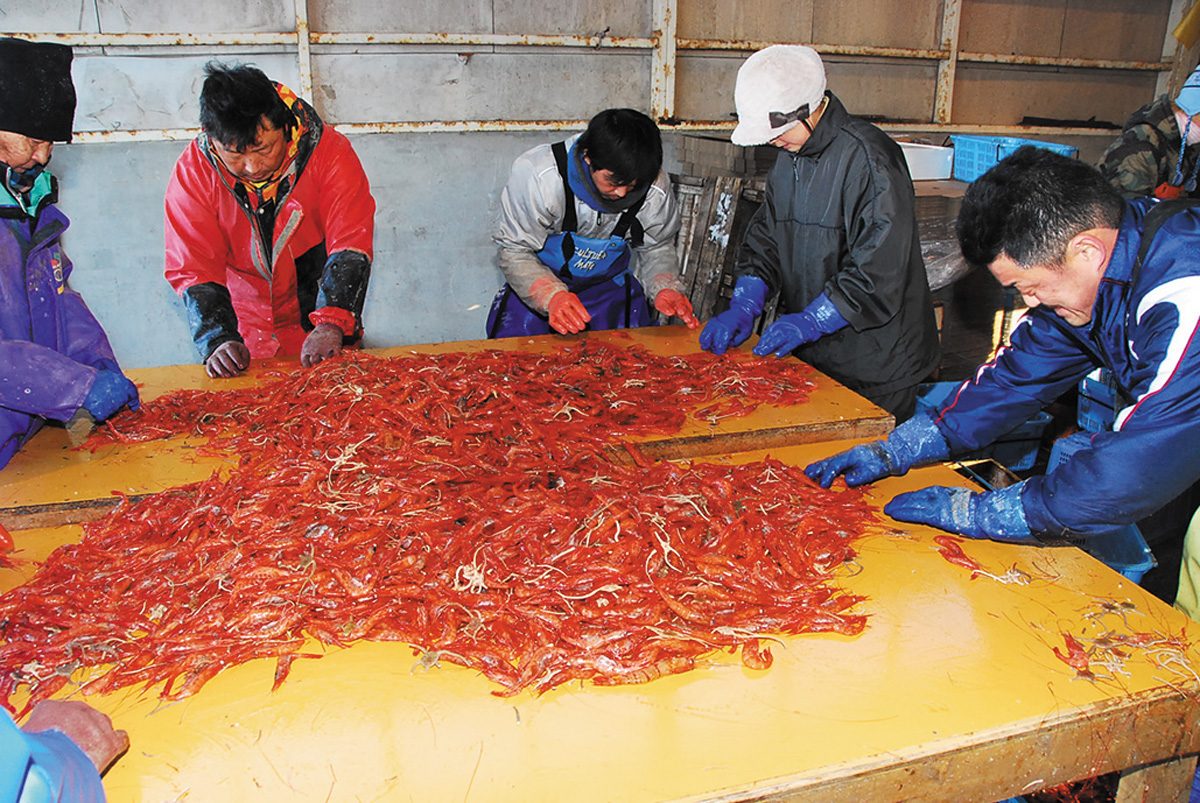 Along this shore you can see farms for scallop spat (juvenile scallops), gill nets for flatfish and flounder, fixed shore nets for salmon and giant octopus fishing. Most people are unaware that half of the scallop spats in Hokkaido are cultured in Nishi-Ezo. It is not uncommon to find scallops originally from Nishi-Ezo sold in other areas of Hokkaido. Fishery-hatched juvenile herring, flatfish and salmon have been released in the rivers and oceans of Nishi-Ezo as a part of the recent movement to “Create and Cultivate Fisheries”. There are also valuable freshwater products such as the freshwater clams from the Teshio river. Teshio’s freshwater clams are highly regarded as the largest and tastiest among freshwater clams in Japan. The clams from the Teshio estuary, which is located near the sea, are especially rich in flavor. However the amount that can be harvested is limited so they are sold only locally. 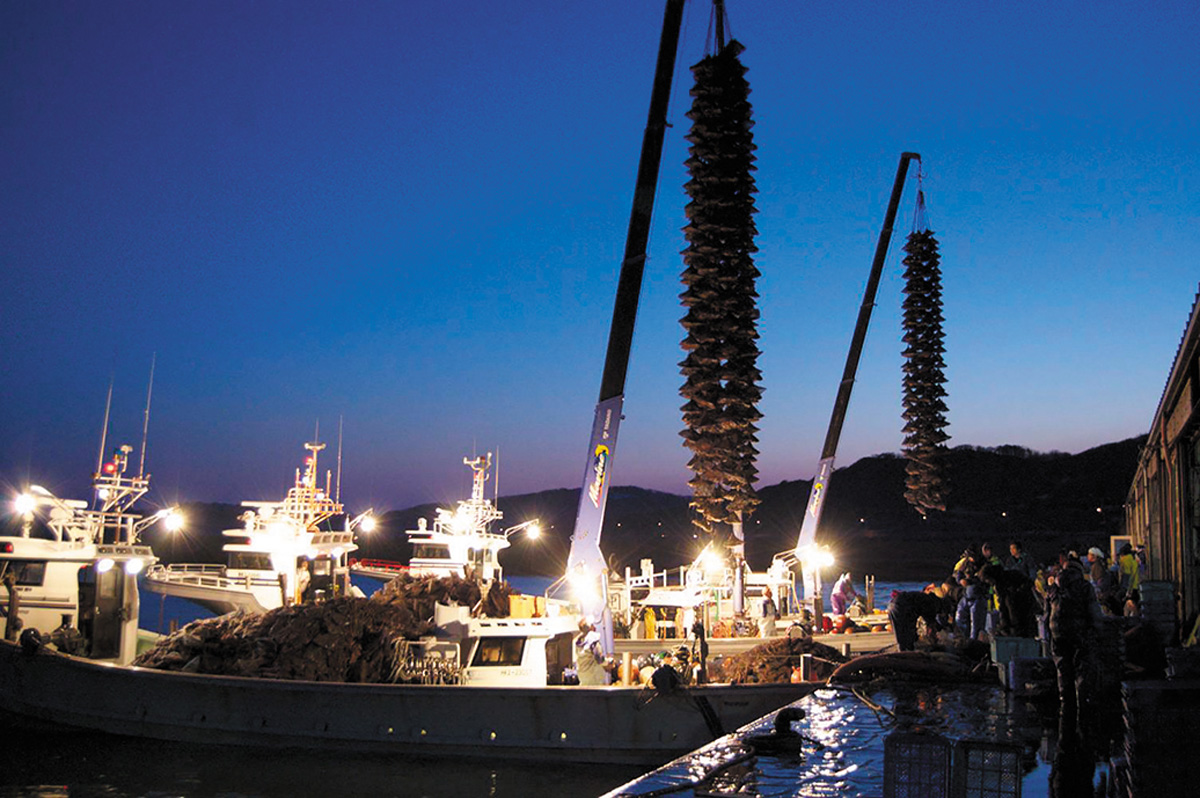 The Nishi-Ezo area has the highest production volume of pickled herring roe in Japan; it accounts for about 50 percent of the total domestic share. After the herring boom years came to an end, the processed herring products of Nishi-Ezo have come to be made from imported frozen herring and herring roe. However, traditional preservation techniques and recipes are still used. Rumoi-brand herring roe is still highly regarded as number one in quality and quantity. 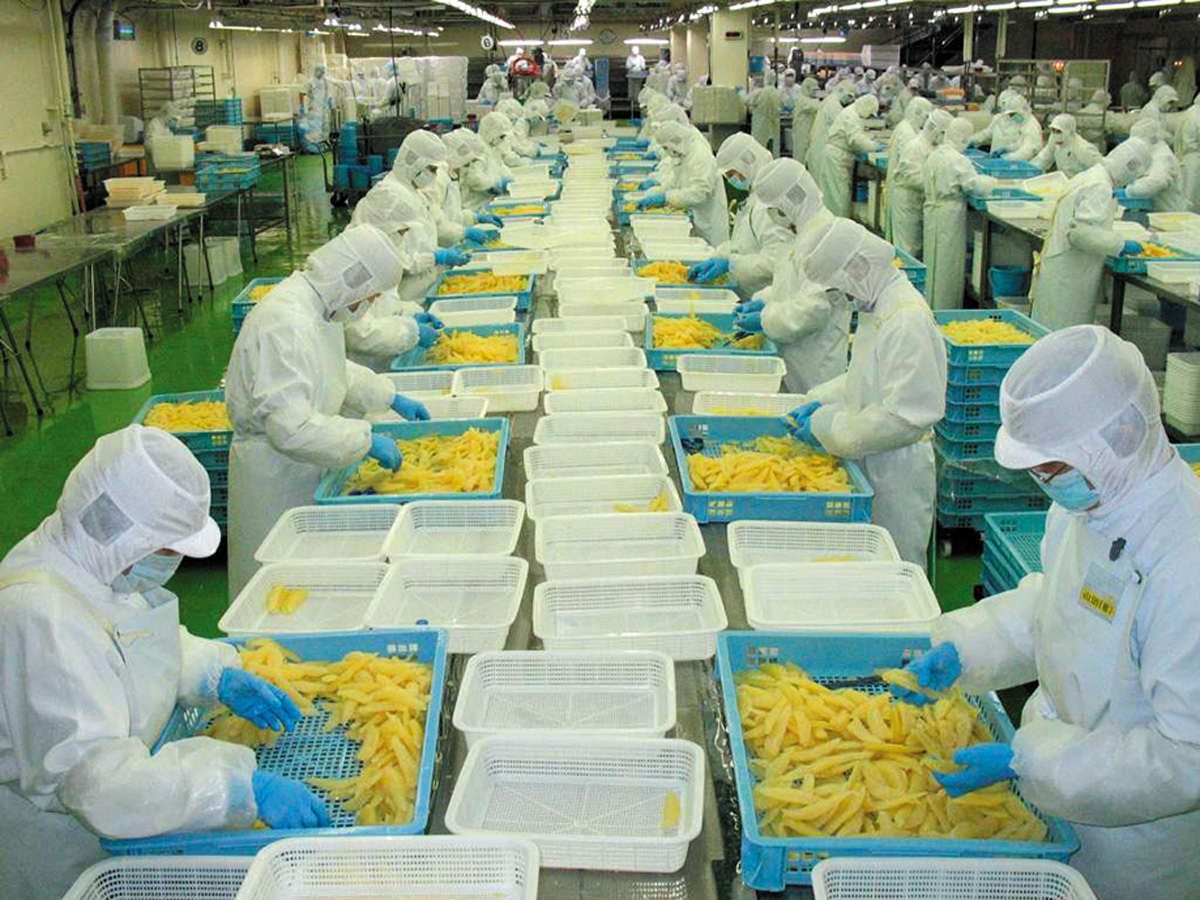